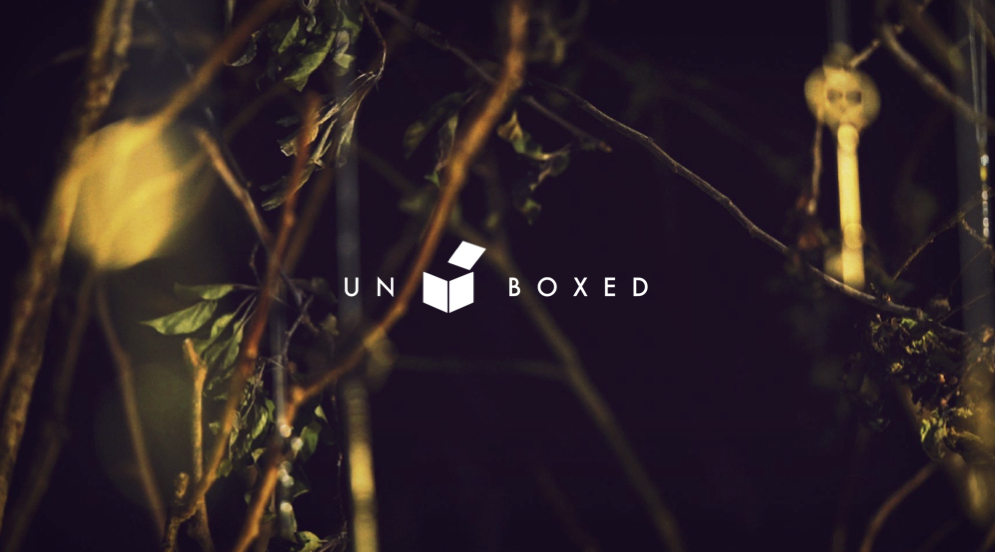 Behind the Scenes on Our Latest Music Venture

We've been working tirelessly over the last few months on a really exciting new music project lately of our own creation, which we were thrilled to launch this week. It's called UnBoxed and it's a series of performance films, showcasing some the UK's best unheard new artists, recorded live in session at our Central London studio.

Our clients often tell us that with so much new music out there, it can be really time-consuming for them to wade through everything (or even knowing where to start), to get to the really good stuff. So the simple idea behind UnBoxed, is as we regularly work closely with exciting new artists, singers, songwriters and electronic musicians, we thought we'd help, handpicking the freshest emerging musical talent and packaging it for our clients in an easily accessible stripped back performance film, beautifully recorded and shot and delivered direct to their inboxes.

All in the Presentation...

When we began talking about the project, we wanted to make sure that it didn't end up just another two-bob series of musicians captured on the cheap. Very early we decided if we were going to do this we were going to do it properly and approach it in the same way we do with all our music and sound-design work, with creativity, attention to detail and by delivering top quality results. And whilst we already knew countless fantastic artists, we needed to make sure the look and vibe of the project, was engaging as possible so as to best promote them.

That being said, our budget was let's say, 'improvised' and we had to pull together virtually everything ourselves in-house, from storyboard to shoot, through to mastering and grade. Whatever the project, we don’t accept that something can’t be done so we addressed it in the only way we know how, by getting creative and thinking about how to produce the final feel we were going for, without getting hung up on the means by which to achieve it.

We'd be the first to admit we're not really top class film makers here at The Futz Butler, but this approach is definitely one we utilise in a lot of sound design projects especially where improvised thinking and an alternative angle rather than throwing money at a project, often yields the most innovative ideas in the end. That being said, we did call in a favour from our good friends, directorial duo, Good Boy Wolf just to help wield cameras during the shoot process and help out with the post-edit. They're good lads, with a great eye, and were behind the project from the outset.

After a beer-fuelled brainstorming session, we decided on a warm, intimate look, with the performers set tightly in amongst trees and branches, strewn with keys (signifying the the opening of the 'talent' box) coupled with soft warm lighting, with the musicians sat on wooden crates (from our studio) that have been previously used to transport 2 inch master tapes for the likes of Travis and Paul Weller around the world between studios and record labels.

In the spirit of makeshift and mend, our head composer Paul descended headlong into the woods of south London gathering branches for props to use as set. His poor car has never been the same since!

We struck a deal with a local photography outlet in Old Street who allowed us to dry-hire in a top class Sony macro lens for just £17 per day, so we were able to shoot incredibly close up detail to create a wonderfully engaging and abstract look to the opening titles. This first sequence was incredibly important for us to set the tone and as with any opening credits, they of course present the quality benchmark and would importantly go a long way to deciding whether viewers stayed with the video through to the performance itself (the old YouTube 10 second rule).

The whole project (so far) was shot over two days on location at our studios in Clerkenwell. The first day, we concentrated on gathering raw footage to use in the intro. We wanted the opening to demonstrate a really strong creative edge and alternative flair, so as to embody the values we manifest into all our work. We set about shooting all manner of seemingly everyday props and improvising 'special effects' with moving printer inks, glass beads on speaker cones pumped with a sub bass and spinning guitars. We know from our sound-design work, that there's musicality in virtually everything you can point a microphone at and we adopted the same thinking when filming, that there's beauty in almost everything, if captured right. As with all improvised process, some ideas worked, some didn't, but we were really pleased with what we had in the can by the end of the day.

The following day, we shot the performance films with the artists themselves, mics perfectly positioned, one take and done. Just like a gig.

Bringing it all together

Once we'd recorded the audio in stunning HD and shot in 4k, we began the post-process of piecing together an edit for each performance (as well as intro) and mixing the audio ready for final master and visual grade. We designed a defined identity for the UnBoxed project creating a clean and simple logo, with uncluttered iconography that could be used throughout the performance videos as well as a strong marketing device across social media.

If you can spare 4 minutes of your day, we think your ears will thank you for it. All in all the whole UnBoxed project has probably been created for less than £600 so we're immensely proud of what we've achieved on that relatively meagre sum. It's being received really warmly. We've already had several enquiries from artists and management companies keen to get involved with a UnBoxed session themselves, which is great taking the project into 2017. So more new talent coming your way over the next few months. Click the YouTube link below and keep an eye out for our next session, dropping October 5th.