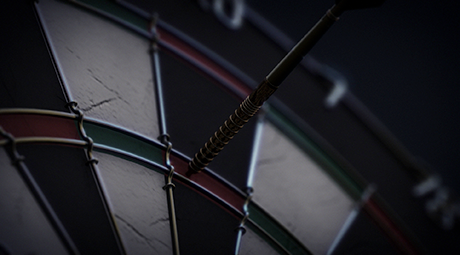 The film produced by the good folks over at We Are Telegraph Hill features interviews and action from all the sport's major player's including Phil 'The Power' Taylor and Raymond Van Barneveld, along with stunning slow motion sequences shot at 200 frames per second. Our brief was to create something big, engaging, cinematic and truly exciting that ramps up the drama associated with the emerging new format of the game and it's increased sponsorship and coverage.

Take a look below at the film - LET'S. PLAY. DARTS!