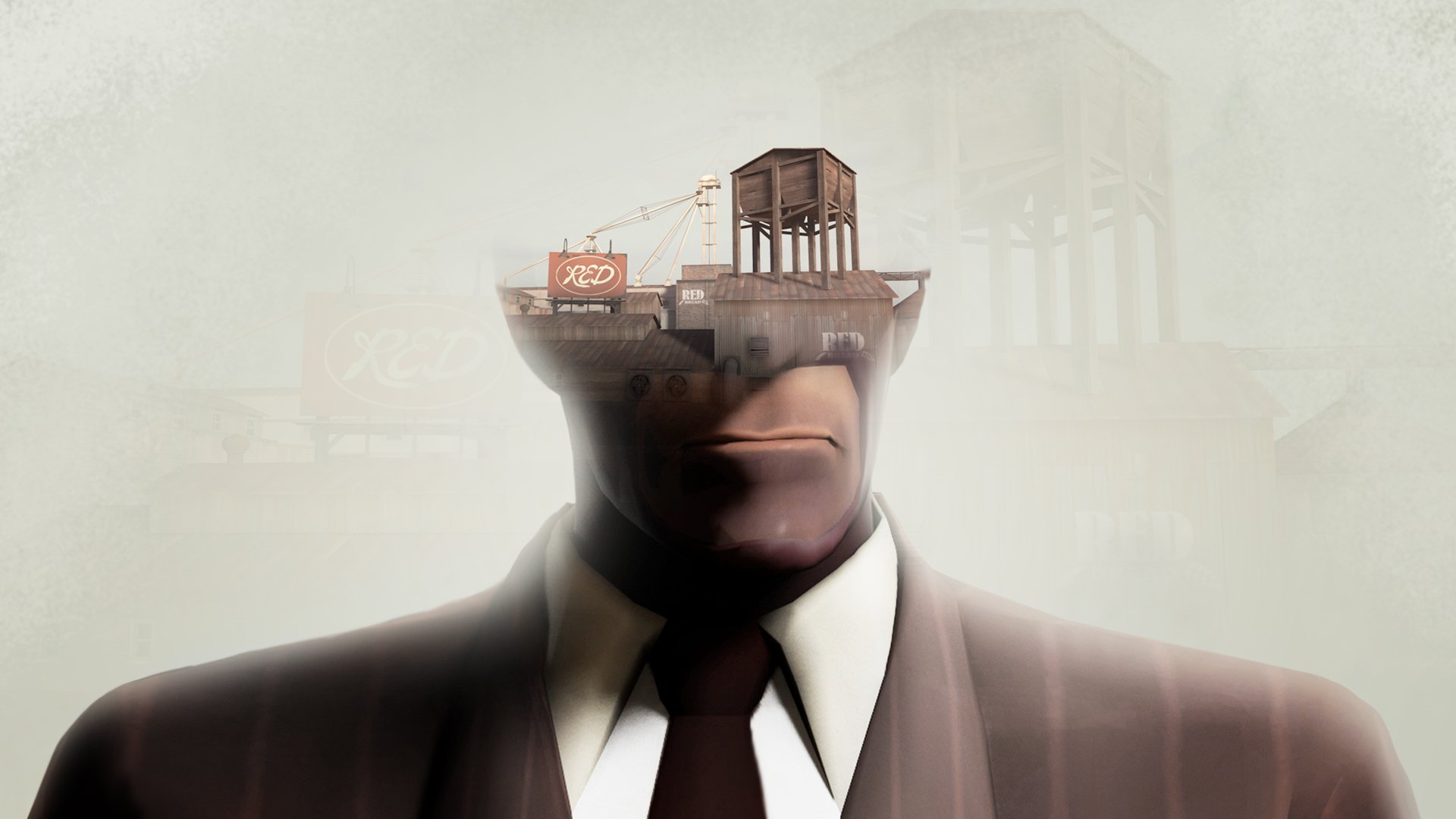 The Art of the TV Title Sequence

Oscar-winning screenwriter William Goldman famously wrote: “Work on a flop and you won’t get another job in the movies. Work on two and you won’t get a job in television.” But thanks in part to the rise of on-demand services, tribal binge-watching habits and more widely ailing cinema attendances, TV is no longer the film industry’s poor relation.

Recent years have seen film-making talent flocking to make and star in television projects, drawn by ambitious networks committed to raising the bar and creating a modern renaissance in TV. A result of this relentless quest for audience attention is the development of the TV title sequence. It’s truly become an art form in itself. We know only too well the importance of establishing a mood very quickly (as the great Miles Davis once said "Why use 8 notes to say what 3 notes can").

Title sequence designers and composers typically now have between 30 and 90 seconds to engage the audience, create atmosphere and mood, and set up the promise of a long-lasting relationship with the characters, story and the series ‘brand’ (some even less - Breaking Bad springs to mind at barely 15 seconds). These are all very familiar challenges to those of us working in music and sound design for TV (and advertising).

Here we take a look at 10 of our favourites, 9 from the modern resurgence of the title sequence and a sneaky one from years gone past. Of course, there are hundreds more we could include: Orphan Black, Six Feet Under, The Simpsons, Noggin The Nog, Game of You-Know-What...... Tell us yours?

The word ‘iconic’ tends to be over-used (reality stars, pedestrian footballers) but Matthew Weiner’s series about 1960s New York ad men probably deserves it with its beguiling blend of characters, story, dialogue and obsessive production design. The title sequence with its falling suited man captures the lead character’s rise and fall through Madison Avenue, illustrating his battles with creative work and women along the way. The unexpected choice of RJD2’s A Beautiful Mine with its stuttering beats and lush, languid strings is inspired; there’s an instant and long-lasting connection with those opening string chords and the images. The final sofa shot was even mirrored in the live-action closing shot of a Series 2 episode. Iconic, and close to perfect.

The first series of True Detective delivered a vision of an American Deep South dripping in atmosphere, menace and twisted characters. Violent biker gangs, old families dealing in the worst excesses of human sin, eccentric preachers and emotionally damaged ex-cops: all set amongst the sweeping landscapes of modern Louisiana. The title sequence captures these ideas for us: fragmented characters in the burnt-out negative, the importance of the geography and the disturbing occult symbols - everything half revealed, implied, hidden. Likewise, the theme song (Far From Any Road by The Handsome Family) feels at first like traditionally comfortable country with its ringing acoustic guitars: but the dark pitchy vocals and lyrics take us somewhere different. The whole combo is as unnerving and mesmerizing as Reggie LeDoux in a gas mask.

Showrunner Nic Pizzolatto seemed unfazed by that ‘difficult second series.’ The second True Detective delivered much of what made series 1 so effective: morally ambiguous characters, atmosphere and menace, but in a very different environment. Louisiana landscapes were replaced by the claustrophobic urban nightmare of fictional Da Vinci, with its seemingly endless industrial pipework. The title sequence nails this, with the tone of Leonard Cohen’s Never Mind as the perfect fit with the damaged cynicism of Colin Farrell’s cop, Vince Vaughan’s crime boss and the corrupt drunken Mayor. Cohen’s intimate resigned delivery and the sparse beats exactly mirror the visuals - all closed spaces, dark empty bars and whispered deals. Even the scarred barmaid comes straight out of a Tom Waits lyric...

Almost 10 years after the multi-EMMY winning Band of Brothers, The Pacific once again coupled producers Steven Spielberg with Tom Hanks in this lavish yet gritty recounting of the Pacific theatre of World War II. Utilising the same ultra-real visual and sound-design palette employed in both BOB and the cinematic pre-cursor Saving Private Ryan, this time Hans Zimmer (or at least his ghost writers...forgive our cynicism) was given the nod over Michael Kamen and John Williams respectively, to deliver this beautifully stirring and suitably Hollywood theme, which at 2 minutes 40 is as long and every bit as distinguished as a full feature's opening credits. The use of slow, lush horn and trumpet layers over sombre strings has almost become idiosyncratic with the war-movie genre soundtrack, yet the theme never descends into outright patriotic saccharine. Instead it treads the line perfectly, resisting the temptation to reach for the over-used marching snare drum constant to conjure military overtones, achieving a truly moving opening sequence that marries the painful realism in the visuals with a grandiose, glossy Hollywood production value in the score, with the overall effect highlighting both the horror and glory facets of the war beautifully.

When a creative idea remains rooted in the public consciousness 50-plus years after launch it has probably done its job. Who hasn’t mimicked that jagged 8-note opening melody when something apparently supernatural occurs in the pub? (Usually as mundane as a disappearing set of car keys turning up). Visual resources were a lot more primitive in 1959, but this sequence still delivers the promise of another world with its use of imagery and Bernard Hermann’s music – he, of course, was the master of the shocking melodic motif, being responsible for countless people refusing to close their shower curtains after seeing Psycho. The show’s creator Rod Serling was a restless enigmatic character and his voice-over played a vital role in the feel of the whole sequence: another other-worldly sound in the overall mix. Try as we all might, nobody says ‘You’ve just crossed over into The Twilight Zone’ quite like him.

The best creative solutions have a strong and simple idea at their core. At the heart of the titles for Showtime’s Dexter was very simply the concept of an ordinary morning routine – shaving, dressing, breakfast – carried out by a man who’s anything but ordinary. These basic tasks are dripping in the blood that drives the show’s premise (he’s a blood spatter analyst who murders criminals) and even pulling on a t-shirt takes on a nightmarish quality. The crucial musical challenge is nailing the tone: Rolfe Kent’s title theme with its lilting dulcimer and percussion arrangement perfectly delivers Dexter’s personality with an arch sideways look; more Grand Guignol (‘graphic and amoral entertainment’) than straight-ahead horror, culminating in his final glance to camera as he begins just another working day.

A lower-profile show and a leftfield choice; certainly Fiona Apple’s track polarized critics. But two ideas stand out for us. First, the way her voice leaps out of your TV speaker, urgent, exposed and begging for your attention – initially dry, then adding reverb as she sings about ‘a canyon’ – and an alternative opening idea to a pounding beat or ominous bass drone. Then, remembering the title sequence’s job of setting up a sustained relationship with the show, you begin to realise how closely the lyrics align to the story you’re watching – damaged lives, random tragedies, interconnected relationships. An interesting observation about process here: there’s frequently an even split between the use of existing recordings and commissioned pieces as themes. This one is a hybrid, with Fiona Apple reworking a previously unrecorded song (Container) to fit the brief.

For those of us who ‘collect’ film and TV title sequences, 1995’s Se7en was a significant moment with its glitchy close-ups and Nine Inch Nails remix. The sequence was directed by Kyle Cooper, who’s also behind the titles for American Horror Story. Each series is a standalone story and gets its own title sequence, all set to the main theme composed by Cesar Davila Irizarry and NIN member Charlie Clouser (the Se7en alumni bond persists). Each of the series titles deserve a mention; but the horrifying premise of series 2 ‘Asylum’ gets our vote here. Cooper writes that ‘by the end of the final episode all the images will be explained.’ The theme reveals its NIN influences: grinding beats, noise and glitches combining alongside the unforgettable images of inmates and smiling statues...

We often talk about nailing the tone, and a way to do that is frequently by a juxtaposition with both the visuals and the story. Netflix’s Narcos tells the true story of Columbian drug lord Pablo Escobar, the Medellin cartel and US DEA agents. Instead of relentless violence, jump cuts and an accompanying soundtrack – hammering beats or grinding guitars – the makers go for contrast. The images of beautiful girls and sunshine are almost a seductive travelogue, weaving around the close-ups of cocaine and a very ordinary, almost friendly-looking Escobar. Rodrigo Amarante’s theme song Tuyo is the perfect fit, with its Latin lounge lizard groove, lazy guitars, and languid vocals. The overall vibe combined with the subject matter feels almost wistfully flawed, de-lineating a romanticised nostalgia of a brutal lifestyle. But despite its retro feel it was specially written for the show and is as contemporary as the drug wars (Amarante is in Little Joy with a member of The Strokes). He’s reported to have been inspired by what Escobar’s mother would have been listening to whilst raising her son, the drug lord in later life. Innocence and sin combined: and so when the images of violence do appear – the dead policeman, the burning BMW – they’re all the more shocking.

9. Orange Is The New Black

We love the stories behind creative projects, and this one is no exception. The initial approach for these titles was to show the contrast between the leading character’s old life of luxury and her time in prison; until the creative decision was taken to concentrate instead on the inmates she would meet – all individuals, not a faceless mass. This was executed by photographing 52 former prison inmates, warts and all – a collection of skin blemishes, piercings and dental idiosyncracies. Regina Spektor’s theme song is another example of a track written to the showrunner’s brief: You’ve Got Time is the result, with its yearning vocals, premise-based lyrics and rhythmic energy which drives the simple but hypnotically effective visual editing.

This French supernatural show – “The Returned” – includes Stephen King amongst its fans and has prompted comparisons with David Lynch’s Twin Peaks. The title sequence is all about atmospherics and unexpected detail: the drowned goat, the roadside wreath, the ghosts playing in the reflected water. Scottish post-rock band Mogwai were commissioned to write the original soundtrack to the series, saying they strived for a ‘calmly unsettling feel’; the dead characters return to their lives as they were, not as zombies. The theme tune Hungry Face evokes this Lynch-esq environment, with its softly tapped percussion, mallets and brooding cellos combining to create a world just that’s just tilted off its axis.