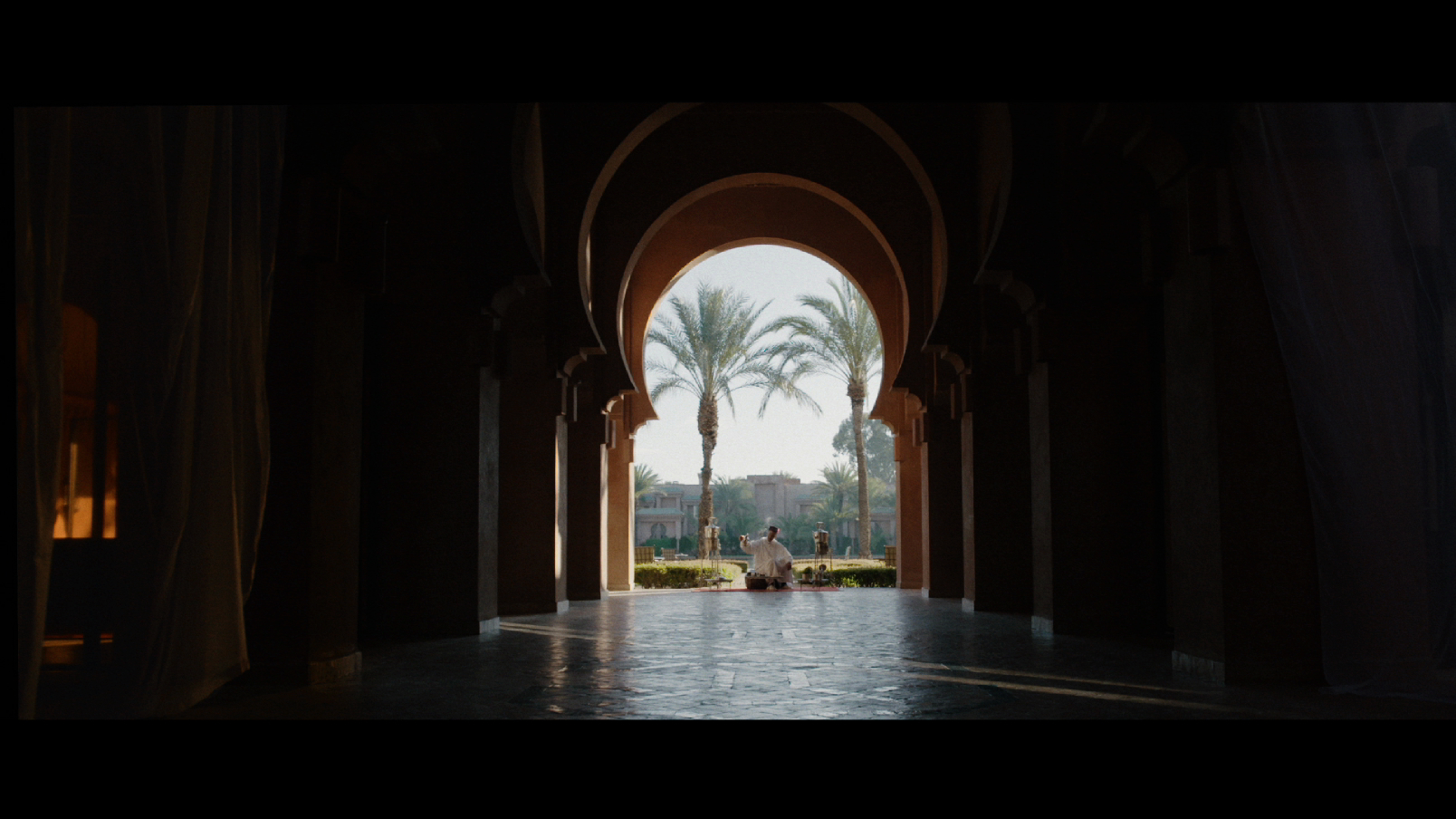 We've just wrapped work on our third collaborative project with director Ben Perry, following work delivered for the BMW Offline Someday films and for the innovative VR Cornerstone project. This film is a stunning brand piece for the luxury AMAN hotel chain, for their five star Amanjena hotel in Marrakech, produced by the talented folks at Armoury London.

The film, like much of Ben's work, effuses a beautifully cinematographic yet human approach and our score needed to underpin the narrative and dynamic flow of the visuals, adding intrigue, emotional depth and building with the edit as the film develops. Likewise, we also needed to interject just enough North African flavour without of course disappearing into ethno-pastiche.

So in the absence of a Rabab, Saz or Oud, rather than resort to samples which would be far too restrictive, we employed our trusty Athenian bouzouki and retuned the instrument to replicate Marrakechian local tunings. This in conjunction with a small frame 1960s classical guitar which again we knew was very similar in timbre and sound to the ubiquitous Oud.

We began improvising a part on the bouzouki (mic'd with a U87 and Barcus Berry contact mic) that slowly built through the mode in an exploratory fashion, whilst watching the film, similar to a Hindsutani alap section. It's always nice to get 'off the grid' so to speak - just playing, without the restriction of a click track, allowing all the beautiful natural ebb and flow of tempo as the film progresses.

Once the main shape of the track had been put down, we began adding modern evolving filmic textures, built out of recordings of the classical guitar multi-sampled and pushed through several convolution and granular synthesis engines, to allow us to automate drones and textures that were very much organic and string-based at heart but that had a deep dimension and interest in a fresh and performable way.

Other elements were added to the mix to keep the piece flowing and lead the listener's ear including a Middle Eastern influenced unison string section for the end lift.

Once the main track was approaching sign off, we began on the sound-design which as ever needed to intertwine with the music. Looking after all aspects of the audio palette allows us to create a intensely rich and dynamic mix whereby the sound-design can 'lead' the piece in places then be superseded by the music and play a more supporting role etc, all the while making sure we understand the need for the whispered VO to be clear and central.