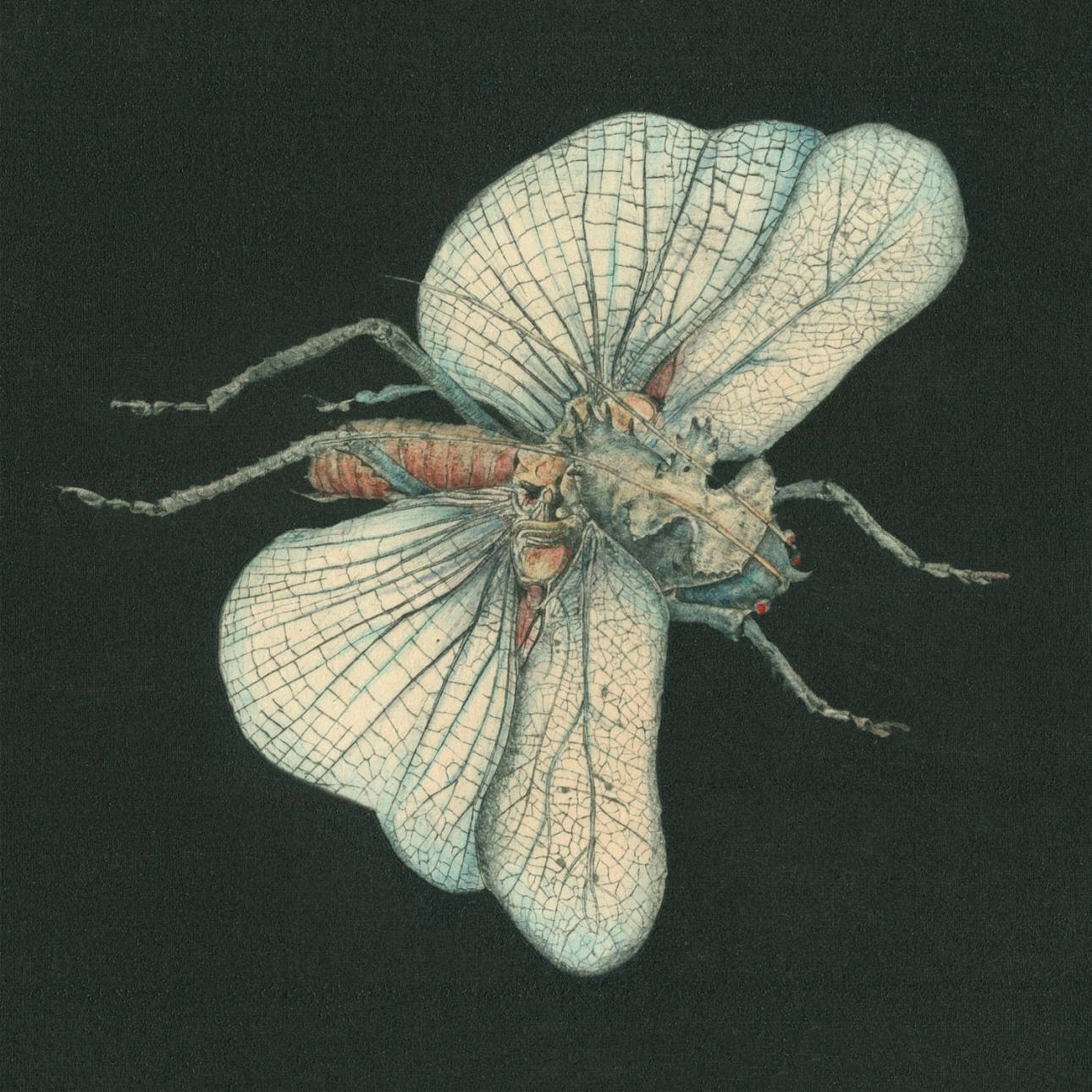 From Mitski to Father John Misty, We Round Up the Best of the Year

No stranger to shapeshifting as an artist, Connan Mockasin has made something of a name for himself since his first release, Forever Debut back in 2015. With collaborations alongside James Blake, MGMT and Charlotte Gainsbourg safely under his belt, it seems Mockasin has spent some time expanding his creative visions and delivered Jassbusters. The record arrived ahead of the five-part melodrama film, Bostyn ‘n Dobsyn and soundtracks the unpredictable narrative of the film in eclectic and electric ways.

As the fifth studio album from electronic musician and producer Jon Hopkins, Singularity is something of a psychedelic experience- a far cry from the mind-meltingly good night that captured the essence of his Mercury shortlisted 2013 record, Immunity. Instead, the gargantuan Everything Connected is a self-professed “massive techno bastard” according to Hopkins himself and the artful Feel First Life channels the transcendental power of sacred choral music (a nod to his training at The Royal College of Music as a teen). Whether you’re a techno bastard or not, this one’s well worth singling out.

As the name might suggest, for his 2016 release Island Songs multi-instrumentalist Ólafur Arnalds travelled around the geysers and Golden Circle of his homelands to collaborate with artists from across Iceland. Both the songs produced and the accompanying 'living musical' film offered an insight into his country, away from the tourist traps and into the “real culture of Iceland”. But whilst Islands Songs found Arnalds inwardly reflecting, Re: member is a considerably more outward-facing, worldly affair - a way to skyrocket his thinking which is all here in its ambitious arrangements and emboldened use of tech. Definitely not one you’ll forget in a hurry.

Keeping with the Icelandic contingent but on a more somber note, 2018 saw us bid farewell to Theory of Everything composer Johann Johansson at just 48. A more than worthy entrant to reflect on then for our Best Of list, Jóhannsson was nominated for an Oscar and Bafta for his soundtrack to Denis Villeneuve’s 2015 film, Sicario and collaborated again with the director on 2016’s sci-fi film Arrival. Mary Magdalene would be his penultimate film before he died and offers up a fittingly atmospheric and, at times, brutal score co-composed alongside long-time collaborator Hildur Guðnadóttir. It’s comforting to note that in his final compositions, Jóhannsson was still crafting a gospel of eternal hope.

Mitski, Be The Cowboy (Dead Oceans)

With that title, it wouldn’t be wild to assume Mitski Miyawaki’s latest release might be something of a cowboy's lament. Her loyal indie cult has certainly come to expect a sad story. “Every time someone on social media is like, ‘I can’t wait to cry to your new album,’ I’m like, ‘I don’t know if you’ll cry. I’m sorry,’” she joked in an interview with Pitchfork. But the artist’s fifth record release is more than a tear-jerker. It’s a story of self-discovery, resilience, shifting identity and no stranger to an end of year list or two. Decidedly more disco for Mitski, Be the Cowboy is a showdown of electrowave and her signature fretwork that brings a pop pep to heartbreak and humanity’s greatest gluttonies. With that formidable force of a voice, she forces us all to be the cowboy and lament for a while. Just no tears, please.

Khruangbin, Con Todo El Mundo (Nighttime Stories) You might have missed this one from open-armed Texans Khruangbin who dropped Con Todo El Mundo at the beginning of this year following their debut, The Universe Smiles Upon You which came out back in 2015. While The Universe...might have been the output of a summer of long road trips to rehearsals listening to 70s Thai cassette tapes, Con Todo El Mundo wades into the off-kilter sounds of Mediterranean and Middle Eastern funk, particularly Iran. The results? A vibe-centric soul unit doused in trans-Atlantic influences which feels poignant against a backdrop of current climate and agenda issues in the States.

There’s something a little tongue in cheek in the way that Josh Tillman presents himself as Father John Misty. Growing up within a strict evangelical Christian family home, it’s not surprising that the same caustic irony makes it into God’s Favourite Customer. Past listens of the pastor might have found you knee deep in young love on sophomore release, I Love You, Honeybear (capturing the meeting between Tillman and his wife) while Grammy-winning Pure Comedy cemented him as a consummate entertainer. But for this Bella Union release, we find him leaving the comics aside for something far more honest, up close and personal as he scrambles to save his relationship. A beautifully earnest confessional, Father John Misty proves he’s not just God’s favourite but one of our own.

Much like the film itself, Oscar-nominated Radiohead member Johnny Greenwood’s accompanying score for the cinematic, You Were Never Really Here is both difficult but memorable. Teaming up again with director Lynne Ramsay (the pair also collaborated on 2011’s We Need To Talk About Kevin) Greenwood welcomes some of the London Contemporary Orchestra’s string players to get brutal with their bows in this dark noir score.

Susanna, Go Dig My Grave (SusannaSonata) Another Nordic entry to our best of list, this time for an artist constantly challenging inspirational routes when it comes to music making. Whether that’s Dutch medieval painter Bosch or 19th-century French poetry, Norwegian songwriter Susanna is a firm favorite within our bi-weekly Spotify playlist Aberrant Aural Wallpaper. Go Dig My Grave unearths deep feelings of lost love, abandonment and a merciless thirst for liquor. The album also marks Susanna’s return to her collaboration with Swiss baroque harp player Giovanna Pessi who first appeared on her record, Sonata Mix Dwarf Cosmos. Complex and century-old laments, Susanna’s is the type of craftsmanship that never grows old.

Bodega, Endless Scroll (What’s Your Rupture?) Like, scroll, like, click. From the album title alone, you’d be right in thinking that BODEGA’s Endless Scroll is a bit of a millennial spin. And much like its youthful protagonists, attention span is brief thrashing through the entirety of their debut in just over 30 mins. Our digital dependence is mock-narrated between songs with a Baz Luhrmann-style narrator dishing out pop culture references (The Smiths’ Heaven Knows I’m Miserable Now gets a few nods) and budding Oxford Dictionary entries (see: endless scroll). Named after their city’s equivalent of a corner shop, it’s fitting BODEGA’s debut has all over the essentials covered; wry wit, shrewd observations and a vision of art rock’s finest punk party. Like, listen, like, like.

If you don’t recognise polymath producer and instrumentalist Shawn Lee by name, you’ll sure know his work. Lee has delivered on countless briefs for video, film and TV soundtracks including Desperate Housewives and Malcolm in the Middle. Teaming up with fellow multi-instrumentalist Andy Platts (of Mama’s Gun fame) Young Gun Silver Fox’s latest release AM Waves channels those balmy nights of a 70s South California. Apart from the horns, Lee and Platts handle virtually all the instruments which naturally rattle through all of the hallmarks of the era; that Fender Rhodes, clavinets and snap-tight bass lines. Plus a notable mention for capturing another piece of 70s nostalgia with nods to meme-mocking, scarf wearer Lenny Kravitz who appears in the Hall & Oates-like Lenny and dance doozy Kingston Boogie.

This isn’t the first time that Radiohead frontman, Thom Yorke has dabbled in film scoring. His debut piece written for the 007 film Spectre (with that insane opener on a Day of The Dead parade in Mexico City) was also a sparse piano-led ballad and title track Suspririum is of a similar ilk. Speaking at this year’s Venice Film Festival, Yorke commented on how composing the score for Luca Guadagnino’s remake of the 1977 horror film Suspiria was like “making spells”, and that's fairly accurate of this haunting soundtrack of woeful waltzes and intoxicating dances with darkness.

Houston-based electronic producer Eric Burton has been releasing music under his Rabit alias since 2010 but it’s his recent production work on Bjork’s Utopia that has pushed Burton out of the rabbit hole and into the limelight. Originally associated with the experimental grime scene after the release of 2015’s Communion, Rabit’s latest offering sees him clattering into more atmospheric, post-industrial sounds. Life After Death is off-kilter eeriness that soars into otherworldly greatness.

George Fitzgerald, All That Must Be (Double Six Records) British electronic producer, George Fitzgerald burst onto our speakers during the early hours of 2015 with Fading Love; a debut dance number that pulsated through your body like a night stood in gross anticipation outside Berlin’s Berghain. Sophomore release, All That Must Be channels a lot of this organic songwriting process but finds Fitzgerald back at the piano blending the keys with crisp, calculated beats and a star-studded list of collaborations from Lil Silva, Bonobo, Tracey Thorn, and Hudson Scoot. All that must be and so much more, George Fitzgerald is the perfect soundtrack to letting go and seeing in the New Year with gusto.