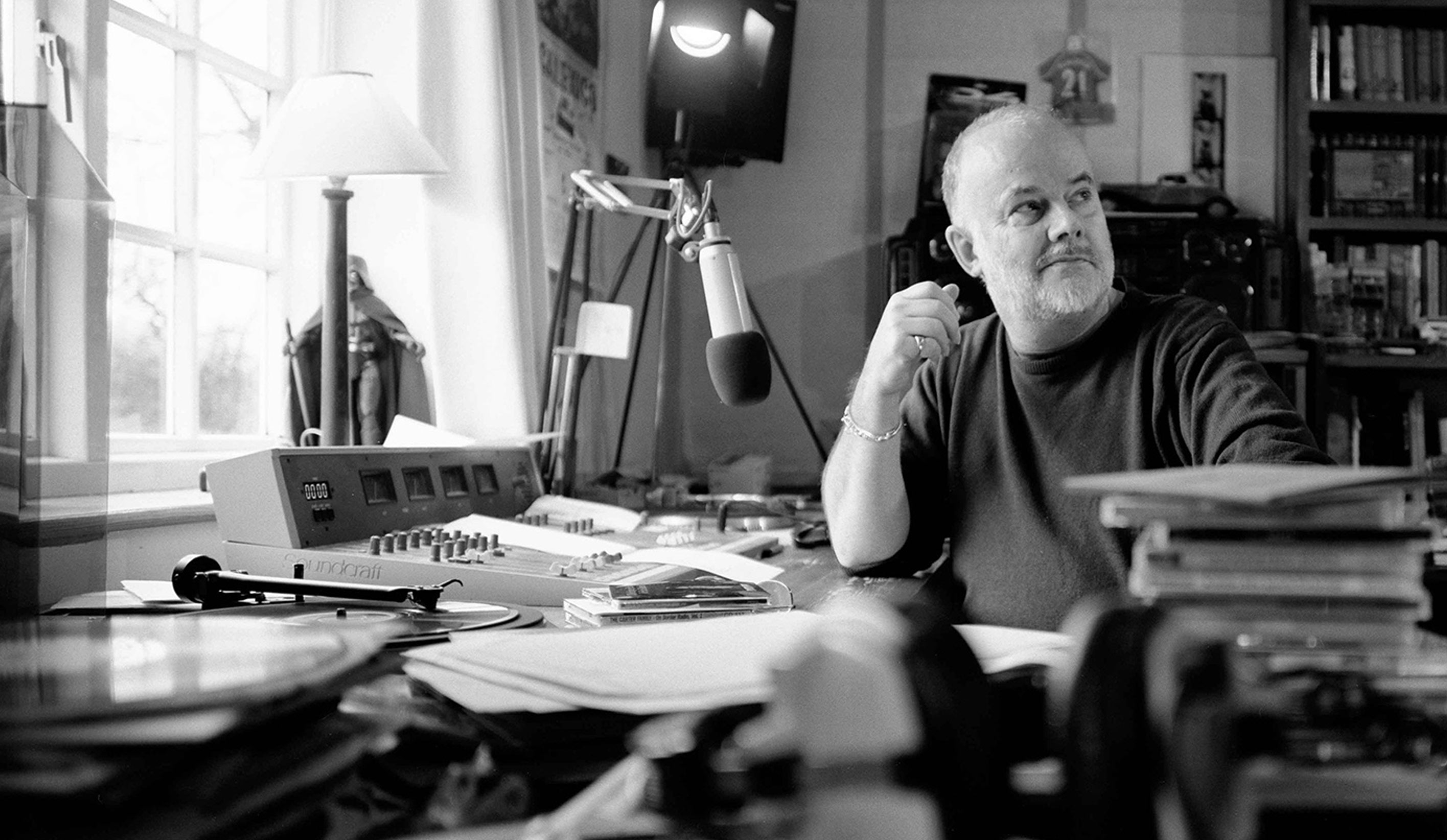 From Dreadzone to Doo-Dah

11 Picks from the Peel Archive

In our calendars, October isn’t just synonymous with gourds and ghouls but a pioneering broadcaster and underdog champion, John Peel. Marking the first-ever National Album Day, we dig through the crates of the Peel vaults to unearth some forgotten gems and shine a light on how the presenter was instrumental in carving out and discovering some of the greatest sounds across the globe.

Peel was such a fan of Bandundu rhythm maker, Wawali Bonane’s album, Wawali Bonané Et Generation Soukouss Enzenzé that it earned the record a nomination in his Top 20 Albums of all time for The Guardian back in 1995. His long-time friend and fellow DJ, Andy Kershaw recalls: "We got sent very little African music, but we would go to Stern's record shop near Warren Street tube station in London. Hearing Enzenzé was one of those perfect moments. It would send John daft”. Similarly laughable was the DJs response to the performer’s announcement that he would no longer be making music that very same year, explaining on his show how he would “prefer listening to new material from the soukous singer than anything more from U2. Hear hear, sir.

Of course, John Peel’s legacy is built on a bed of backstories to each demo that made its way to his desk, but left-wing political pop maker Billy Bragg’s story is possibly the most opportunistic. After hearing Peel say he was hungry on the air in 1983, Bragg rushed a mushroom biryani to the BBC studios along with a copy of his debut album. Of course, with classic Peel panache, he didn’t initially play the song at the wrong speed. In June 2003, Bragg sent Peel another to celebrate the 20th anniversary of the incident. Ah, human kindness at its finest.

When John Peel’s Record Box of 143 singles was revealed as part of a 2005 documentary, there was one band who would feature heavily inside. And no, it’s not Peel session regulars, The Fall* Detroit garage rockers, The White Stripes featured more than any other artist did, most likely fuelled from Peel’s first discovery of the twosome back in the Netherlands in a small record shop in Groningen. As part of the documentary, Jack White spoke out about his appreciation for the legendary broadcaster support of the band: "He always wants to uncover the underdog, he’s doing the DJ’s job…finding the little cracks in the cement around the world”. He unearthed a doozy with this one.

The Bonzo Dog Doo Dah Band, as it was originally coined, was founded in 1962 by art students Vivian Stanshall and Rodney Slater. Beginning as a trad jazz band, the collective soon became more of a combination of trad, 1920s sweet music and novelty songs alongside visual humour. During his time living in California before returning to Britain, you can find a similar dry and whimsical humour explaining his favourite number from the band’s droll LP: “My favourite track is a beautiful cliché teenage mutilation fun 1955 hiccup song called ‘Death Cab For Cutie’. That should drive (counter-culture journalist) Mick Farren into spasms of faintly unattractive excitement”.

Always armed with a handful of charming anecdotes about his latest discoveries, Peel’s first encounter with roots reggae gang, Steel Pulse came from an impromptu cassette exchange with Fanny at the Virgin Records in Marble Arch back in 1966 which would lead to the group doing a session for the show. The band probably was the first reggae group to record a second session for Kat's Karavan. They went on to record five, four of which John repeated at Christmas but none of which have seen a complete official release.

If we’re rifling through Peel’s Record Box then there has to be a special mention to some of the indie label releases in here. Sat snugly up against the ear-splitting grindcore of Electro Hippies (fear not, it didn’t make the cut) to a reggae interpretation of the Corrie theme tune, forgotten DIY greats, The Anemic Boyfriends even comes with the distinct analogue crackle as Peel sets the needle down on the groove.

Founded t’up North in the metropolitan hubbub of Yorkshire’s Wakefield, Be-Bop Deluxe was a progressive rock band who achieved critical acclaim and moderate commercial success during the mid to late 1970s. They never played bebop music, but instead came out of the blues-based British rock scene of the late 1960s. Peel, who had played tracks from Bill Nelson's 1972 solo LP Northern Dream, was a strong supporter of Be-Bop Deluxe and his voice was even sampled on the track Modern Music from their 1976 self-titled album.

A bit of an electronica curveball from the broadcaster who never liked to stray too far mainstream, Peel first saw Dreadzone when they opened at Glastonbury in 1994. The three man dub band were signed to Alan McGee’s Creation label at the time and would go onto include Alison Goldfrapp and 90s girl group great, Melanie Blatt, later of All Saints. Didn’t see that pairing come, did you?

Coming up from the ‘Bromley contingent’ as part of the first wave of punk groups emerging in 1976, Peel went to see Generation X play live at the Roxy in Jan 1977, who he later invited to record a session the following year. A new music hound with his nose to the ground, Peel spotted the potential for the band’s lead singer too, none other than blonde bombshell and 80s icon, Billy Idol commenting: "I think that Billy Idol could be another Alvin Stardust, you know. You can say what you like."

Long before becoming disco staples in the 90s, Pulp’s talent was picked out by Peel. Just days after being given a demo tape by Jarvis Cocker in 1981, Peel invited the Sheffield band to record a session for him, which was broadcast three times in six months. After a mostly directionless decade, Pulp released their fourth album, His n Hers, which garnered high praise from Peel. He also described their next record, Different Class, as one of his all-time favourites.

You can’t end a rummage through Peel’s record collection without this pop banger. Two copies of the single were found in his Record Box of his most treasured 45s and it became a firm favourite within his live set: "I mention all of this Sheena Barmy Army Stuff in the hope that when the John Peel Roadshow goes out and does one of its awful gigs and I put on a Sheena Easton record, and I do fans, everyone goes SHEENA SHEENA like that and they did in Nottingham, which is what they are supposed to do. In Southampton recently they just stood and stared at me as if to say this man is a loony." He might’ve seemed off his rocker to some but for so many of us, John Peel remains the steadfast rock of underground greatness. As Sheena sings, ‘We’re crazy mad for him’.

The third installment of our fortnightly Spotify playlist, Aberrant Aural Wallpaper is stuffed with similarly poignant Peel picks, give the full thing a spin below.